Anand 15th July, 2010: Based on the proposed National Dairy Plan (NDP) prepared by NDDB, the Department of Animal Husbandry and Dairying of the Government of India has concluded a series of high level consultations with 14 major dairying states (accounting for more than 90 percent of India’s milk production) on initiatives to launch a scientifically planned programme to increase bovine productivity and milk production. The states were represented by the Principal Secretaries in-charge of Animal Husbandry and Dairying and the Managing Directors of State Cooperative Dairy Federations. Senior Officials from NDDB and representatives of the World Bank also participated in the deliberations. 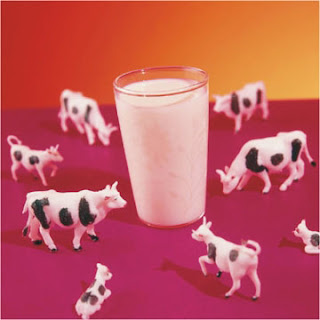 The NDP is a programme aimed at increasing milk production through higher productivity and enhancing the incomes of rural milk producers by providing them improved access to the organised milk sector.

The demand for milk in recent years has been increasing at a much faster rate driven by rising incomes due to high GDP growth, growing urbanisation, changing food habits, an increase in population and export opportunities. The demand is also growing in rural areas due to an increase in incomes of village households through programmes such as NREGA.

Milk production is proposed to be enhanced by increasing productivity through a much more scientific approach to breeding and feeding i.e., by production of higher genetic merit bulls, quality semen and AI delivery at the doorstep of milk producers. Ration Balancing Advisory services will also be put in place at village level through trained local persons.

As in the case of Operation Flood, the NDP is proposed to be implemented by NDDB as a multi state focussed initiative in phases with financial assistance largely from the World Bank. The first phase (NDP- I) would be from April 2011 to March 2017. IDA credit, a soft loan (interest free) repayable over 35 years, is being proposed for funding activities related to increasing bovine productivity, expanding coverage of milk producers and procurement and human resource development.

However, during the consultations, all the states underlined the need for financial assistance to be provided only as a grant, not a loan. The Central Government is to take a decision in this regard.

Considering the interest shown by the states in the consultations and the urgent need to expedite action to increase milk productivity and milk production to meet the rapidly growing demand, NDDB would now prepare Detailed Project Reports for five to six states to begin with. Once the Government of India and the World Bank approve the projects, implementation will commence.
at 3:28 PM